It was clear from the start that The Action Network was by far the best solution for PFT, in part because of its incredible value relative to its functionality. The low cost allowed PFT to launch quickly. Their feature set is extremely competitive, they continue to develop their toolkit, and they are very transparent. I was also personally happy to work with The Action Network because they themselves are a non-profit and they only work with progressive causes.

I was able to manage and complete this process with little outside help, thanks to the number of eCRM launches I’ve led including large launches for CLCV on Salsa and Luminate Online. I built page and email wrappers based on PFT’s existing templates (simplifying the page templates to remove distractions that would suppress form completion) and, with the help of other PFT staff, completed the transition away from using Constant Contact.

Launching Action Network allowed PFT to onboard large (for PFT) acquisitions, establish an online advocacy program (such as the HB 2020 campaign), easily manage event RSVPs, and segment emails more efficiently than ever before. This helped the organization target messages more quickly and precisely for better results (whether by open rate, actions taken, or geography). In turn, it’s allowed PFT to narrow down its list of potential donors in a granular way.

My recommendation before leaving PFT was for them to hire a company that was familiar with eTapestry, PFT’s donor database software, to create an automated sync process between eTapestry and Action Network. The relatively low cost quoted would have paid many dividends in staff time.

Here’s an example of a typical action page: 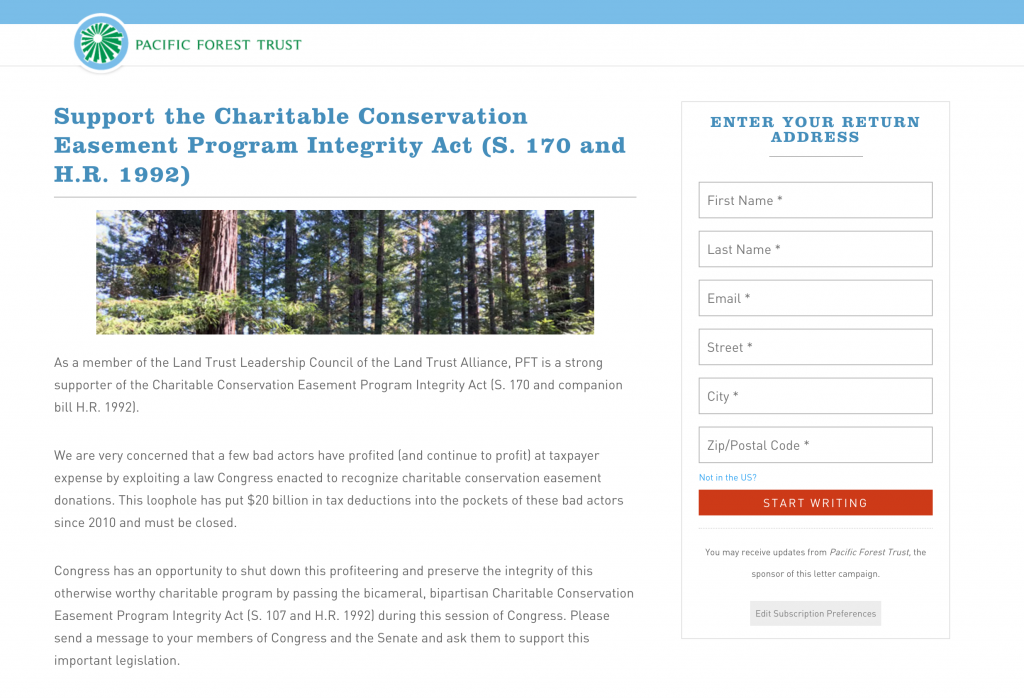