Prior to October 2015, in-house phone canvassers raised the majority of CLCV’s revenue for many years. One part of my job was to support the canvass with a range of persuasive materials for mailing to CLCV’s donors.

Callers clamored for the annual Legislative Results 1-pager immediately after the governor’s signing deadline. As soon as possible, I wrote and laid it out each year. I worked with legislative affairs staff to determine the bills that would be featured; I tended to use those that had a range of topics and outcomes and were relatable for the average environmental voter.

Here’s an image of the 2014 version followed by links to PDFs of a variety of versions: 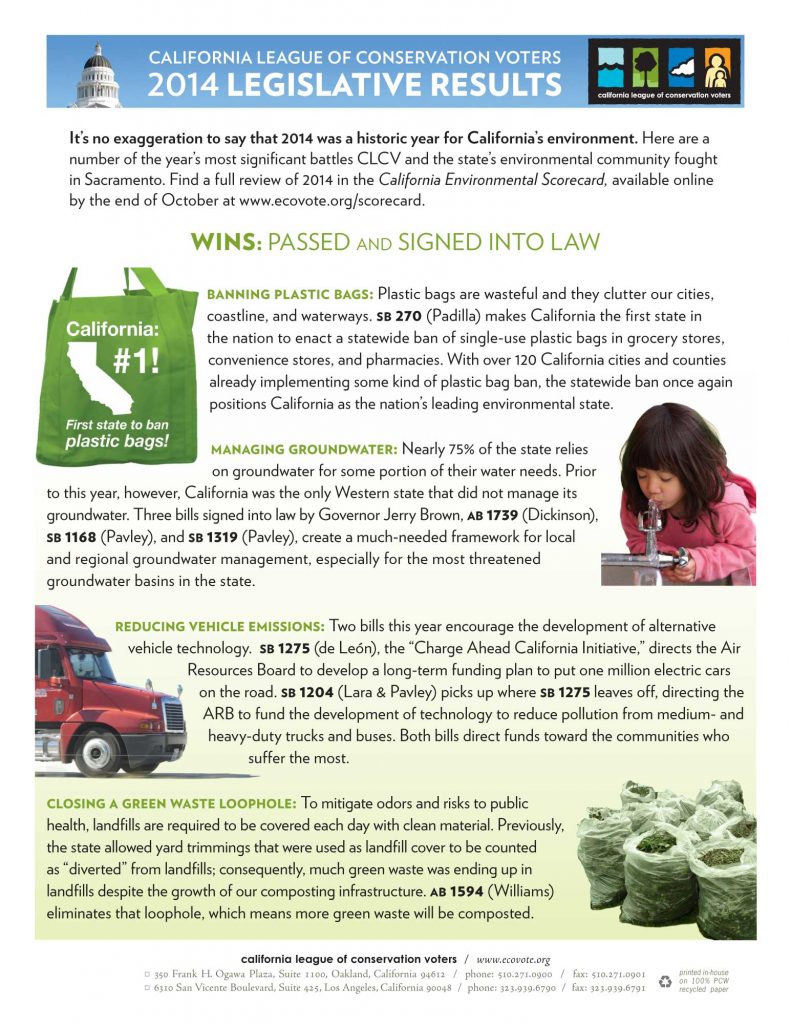 Nick McGinnis did most of the initial redesign of the 2007 and 2008 versions under my direction; consequently, his work is reflected the 2009 through 2012 versions. I supervised him at CLCV as a design intern in 2007 and as a freelancer in 2008.