The three blog entries below comprise a series that focuses on the honorees of a particular CLCV event, specifically CLCV’s Northern California Environmental Leadership Awards held in San Francisco in June 2015. I wrote these entries based largely on publicly available information, as well as information provided directly by the honorees.

Written for the CLCV blog May 22, 2015 by Jason Gohlke, CLCV Communications Manager 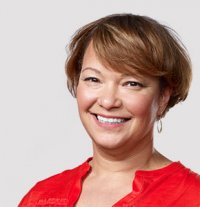 If you follow national environmental politics, you know the name Lisa Jackson. Since 2013, Jackson has served as Apple’s Vice President for Environmental Initiatives. Prior to that, she was Administrator of the U.S. Environmental Protection Agency, appointed by President Barack Obama. Her career and experience in government and in business demonstrate time and again that effective leadership on these issues can and does come from all sectors, and CLCV is honoring her at next Thursday’s Environmental Leadership Awards in San Francisco.

Jackson has overseen major strides in Apple’s efforts to minimize its impact on the environment, including a notable increase in public transparency and support for climate policy. Apple’s goal for itself and its suppliers is to achieve 100% renewable energy use; they are on their way with data centers that run on solar and hydro power and capture excess heat, and their future headquarters will boast a 2,900-acre solar array. They’re also working to protect 1 million acres of forest land in China. Just this month Greenpeace released a report that gave Apple a 100% Clean Energy Index score.

“I think people expect Apple to do the right thing,” said Jackson in an interview with the Wall Street Journal. “Data centers are a great example. Years ago Apple decided to make data centers 100% renewable. Our footprint could be entirely different today if we hadn’t made that decision. Every time you talk to Siri or FaceTime with your mom or send an iMessage, you aren’t generating carbon. This is a core value for us, and we’re living it.”

At the EPA, Jackson focused on reducing greenhouse gases, protecting air and water quality, preventing exposure to toxic contamination, and expanding outreach to communities on environmental issues. Among her achievements were rules to limit carbon emissions from power plants for the first time, and striking a deal to make U.S. cars more fuel-efficient. She has said her signature achievement was the "endangerment determination" under the Clean Air Act that greenhouse gas emissions pose a danger to human health. Jackson produced this finding–that carbon dioxide and other heat-trapping air pollutants "may reasonably be anticipated to endanger public health or welfare" and that motor vehicle emissions of those pollutants "contribute" to that dangerous air pollution–less than 90 days into the then-new President's term. The finding "paved the way for the agency to write the carbon-cutting rules."

Jackson has also served as Chief of Staff to New Jersey Governor Jon S. Corzine and as Commissioner of New Jersey’s Department of Environmental Protection. She holds a master's degree in Chemical Engineering from Princeton University and a bachelor's degree in Chemical Engineering from Tulane University. She serves on the boards of Princeton, Tulane, and the Clinton Foundation.

Lisa Jackson is one of three extraordinary leaders who are being honored at CLCV's Northern California Environmental Leadership Awards to be held in San Francisco on Thursday, May 28th. Read about the other honorees, Annie Notthoff and Lisa Hoyos. For more information, visit http://www.ecovote.org/awards; to buy tickets or sponsor the event, visit http://www.ecovote.org/awards/support.

Written for the CLCV blog May 21, 2015 by Jason Gohlke, CLCV Communications Manager 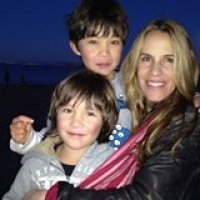 Lisa Hoyos is taking on climate deniers from the classroom to the statehouse, in all fifty states, as Director and Co-Founder of Climate Parents.

Hoyos, one of CLCV’s Environmental Leadership Award recipients on May 28th, is a long-time activist in the labor, environmental, and environmental justice movements in California. In her newest role at Climate Parents, which was founded in 2013, she is already achieving major victories. Early this year, Climate Parents was instrumental in convincing West Virginia officials to establish the strongest climate teaching standards in the state’s history. (Read about the win in the Charleston Gazette and the Washington Post.)

Hoyos founded Climate Parents because climate change is already affecting kids and communities everywhere. "Politics win out," she has said. "Kids are caught in the crossfire." She believes that, given the right information and organizing opportunities, parents will be especially motivated to work to advance the urgent and bold climate solutions our kids deserve.

Given her background, it’s no surprise Lisa has hit the ground running with Climate Parents. She has been a campaigner in the labor, environmental and EJ movements in California for over twenty years, most recently serving as the CA Director of the BlueGreen Alliance, a national organization committed to scaling up the clean energy economy and growing quality jobs. She has also run legislative and electoral campaigns with the national AFL-CIO and the South Bay Labor Council and worked on global justice campaigns with the Congress of South African Trade Unions. Earlier in her career, she worked with Greenpeace fighting toxic facilities in low-income communities and as a staffer to the CA Senate Natural Resources Committee under Senator Tom Hayden. She is also currently a member of the Board of Directors of Save The Bay.

Lisa is Latina and bilingual, and is committed to building a diverse movement of parents and families for climate action. On Twitter, Lisa describes herself as “Director and Co-Founder of @climateparents, mom of two sweet boys, wife, Latina, optimist, flute player.” She is a graduate of UC Berkeley and lives with her husband and two school age boys in San Francisco.

Written for the CLCV blog May 20, 2015 by Jason Gohlke, CLCV Communications Manager 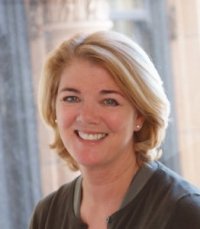 If it’s a California environmental law and you’ve heard of it, chances are good that Annie Notthoff helped get it passed.

Annie, who is Director of the Natural Resources Defense Council's California Advocacy program in San Francisco and has been a member of the CLCV Board of Directors for more than 20 years, has played a leading role in the efforts to secure many of California’s landmark environmental laws.

"The California state of mind means something real to me," says Annie. "Sun, sand, oak studded tawny hills, crashing waves and lots of people from lots of places with lots of big ideas." At the Natural Resources Defense Council (NRDC), Notthoff works with a wide variety of people, from state leaders to grassroots groups, to promote environmental and public health protection in California. (Watch her recent address to the Bay Area League of Women Voters on climate change here: https://www.youtube.com/watch?v=vkyjgpRLeAs)

Annie manages statewide campaigns and represents NRDC in the State Capitol and Washington, D.C., on a wide range of issues including climate change, water policy, smart growth, and coast and ocean protection.

Notthoff has an undergraduate degree in Community Service and Public Affairs from the University of Oregon and a master's in City and Regional Planning from UC Berkeley. She and her husband Dwight Holing have two grown children and live in Orinda, CA. She has held appointed positions on the California State Oil Spill Technical Advisory Committee, the San Francisco Harbor Safety Committee and the CALFED Bay Delta Advisory Council, and is currently a Senate Rules Committee appointee to the State Coastal Conservancy.